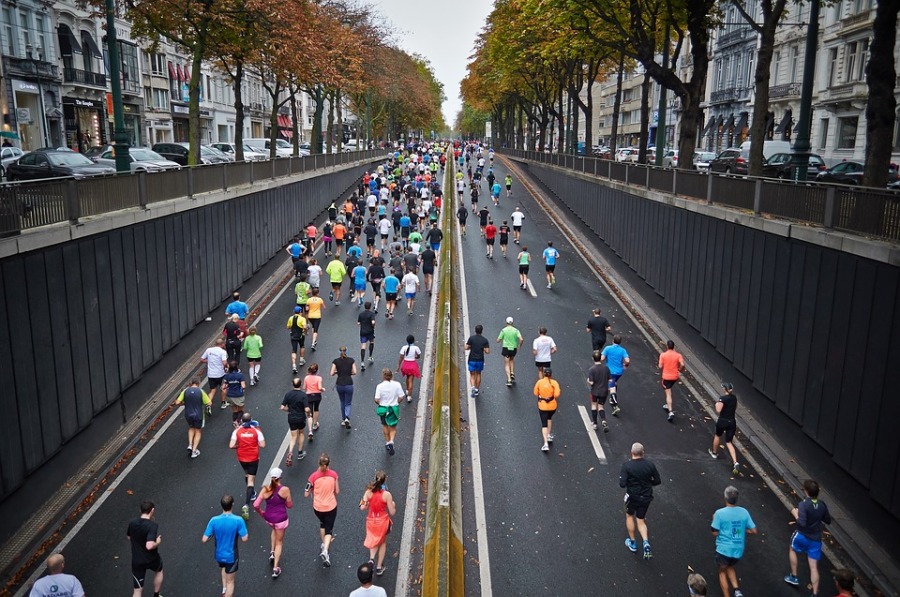 Ancient Greek mythology tells us the story of a beautiful young woman called Atalanta. She was a fast runner and had vowed to only marry the man who could beat her in a race. Many suitors tried and failed. Atalanta always won the race! Then came a young man called Hippomenes who was confident that he would beat Atalanta. The day arrived and the race started. Atalanta raced ahead with full steam. However, every time Atalanta got ahead of Hippomenes, he rolled a golden apple ahead of her. The apples were irresistible, and she would run after them. In the course of the entire race, Hippomenes rolled three golden apples to distract Atalanta. As a result, Atalanta lost focus and lost the race and Hippomenes went on to marry her.

We are all runners in the race of life. And, each of us strives hard to run it well. We race for good grades, jobs, promotions, power, affluence, recognition, fame and so on. We keep running and running and running. We take pains to give our very best and in turn expect nothing less than the best. When a day’s goal is met, we rest relaxed for the night. The next morning brings before us fresh targets, and we again begin to run. Is all this running taking us towards the finishing line or causing us to deviate from the real path? What is the ultimate goal we are aiming at?

Our certificates, degrees, medals, careers, marriages, finances, power, prestige, the riches that we amass, the good works that we do and the accolades that we receive are credentials that each of us would leave behind on this earth when we breathe our last. Yes, we need to excel in life, have a good career, have a family and be prosperous. But, let not all these life commitments cause us to shift our attention from our ultimate end-goal.

The Bible tells us that the earth we live in is a temporary dwelling place. Our eternal home is with our Creator in Heaven! At the end of this earthly race we would stand face to face before our Creator. That is the finishing line!! That is our goal! Are we running the race in a way that we can stand confident and victorious before our Creator? Or would our heads hang low in shame despite being so very successful on earth?

Two kings in history began the race with a lot of Godly zeal, were successful to a great extent, but then lost it eventually. That’s because they could not resist the temptation to run after the irresistible apples that were rolled their ways!

King Saul, was chosen by God to be the first king of Israel at the age of 30. He was a courageous leader, was zealous for God and was loved and respected by his people. However, love for power and popularity led Saul to disobey God’s command (1 Samuel 11). His zeal for God and His principles soon waned away. This led to his downfall and God rejected him as king.

King Solomon, was the son of King David. He found favour in the eyes of God to be ordained as the successor of David. Not only that, he was also chosen by God to build His Holy temple, i.e, the temple of Jerusalem. Solomon loved God and walked in His ways. And, God blessed Him abundantly. There was peace throughout his kingdom all through his reign. He was the wisest and the richest king of his times. 1 Kings 10:23 says, “King Solomon was greater in riches and wisdom than all the other kings of the earth.” People of other kingdoms came to hear his words of wisdom and marvel at the riches in his kingdom. However, Solomon strayed away from the God-given path. He did what was detestable in the eyes of God (1 Kings 11). 1 Kings 11:6 says, “Solomon did evil in the sight of the Lord, and did not fully follow the Lord, as did his father David.” Eventually his actions turned him away from God. This led to his downfall and the kingdom was taken away from him.

Two kings who began running zealously finished as losers! Why? Because, they lost their focus and began chasing the golden apples, instead!

What is our focus? Are we running this life-race with the aim of being reunited with our Creator? Or are we running as if this world is an end in itself? Have we allowed ourselves to be entrapped by ephemeral aspirations making them the be-all and end-all of our lives? Several golden apples will be rolled our ways as we run this race of life. Their sole purpose is to cause us to lose our focus. Would we permit ourselves to be charmed by their lustre? Or would we put off the momentary distractions as we aim for the priceless Crown?

The apostle Paul says in 1 Corinthians 9:26, “Therefore I do not run like someone running aimlessly; I do not fight like a boxer beating the air.”

If you are not sure of the aim and purpose of your life, stop right away in your tracks and introspect. Where are you heading? What is your end-goal? Remember, your life is not defined merely by your physical existence on planet earth. Your life comprises of the existence of your soul and spirit in the vast cosmos of the universe. Do not run aimlessly!

1 Corinthians 2:9 says, “Eye has not seen, nor ear heard,
Nor have entered into the heart of man
The things which God has prepared for those who love Him.”

This is our ultimate goal!

Let’s continue to run this life-race all the while reminding ourselves that we are not running to achieve infernal goals. Our goal is supernal!

My Prayer for us: Lord, as we run this race of life, let our eyes be fixed on you – the author and finisher of our faith – so that we are not waylaid by the golden apples that are rolled our way. Amen.

One thought on “ARE WE RACING TO WIN?”

This site uses Akismet to reduce spam. Learn how your comment data is processed.